It was hard waking up this morning. I hadn’t had as much sleep as I would’ve liked and I’d gone to bed with it about to start snowing. So when I finally got up and looked outside to see a clear Croatian sunrise I was more than a bit surprised. By the time I finally left my room I was smiling.
This slightly turned to frustration as the owner – who I needed to pay – had disappeared to take his kid to school. So I wasn’t away quite as early as I’d hoped.

Despite that, as soon as I got on my bike, the evening before felt like a bad dream and I was loving riding my bike again. In 15 days, this is only the 3rd or 4th that I would’ve regretted missing had I not been on this trip. It was stunning.

The first 20km held a bit of a climb, but one that I would gladly do again (although maybe on a slightly lighter bike). The road was quiet and of the cars that did pass; many gave friendly beeps of encouragement – after riding a lot in London it’s easy to tell this apart from an angry beep. The road was smooth and the view spectacular. Quite frankly it couldn’t have been more different from yesterday.

The views, the road and the weather continued for the next 80 miles and I couldn’t have asked for any more today. My knee is ever improving, my legs felt great and 7 hours in the saddle passed relatively easily. The last 15km were a bit busy as I rode around Zadar but nothing too bad.

The wind wasn’t really in my favour today but it didn’t hinder me that much so I can’t complain about it. The few complaints I do have are only minor; my arse hurt more than normal for the first couple of hours but to be honest it’s held up pretty well considering what it’s been through this last few weeks (that’s not as controversial as it sounds). And also, whilst the roads being quiet was a good thing, the towns were also ghostly. I went into one and it seemed I was the only living thing there. Every single house was boarded up. This meant I survived the day eating chocolate and bananas that I managed to buy from a handful of mini (very mini) supermarkets.

Anyway, today has been a good day – if you’re a cyclist; one to be jealous of. Yesterday is forgotten and looking forward to tomorrow… Although I think it may be raining again 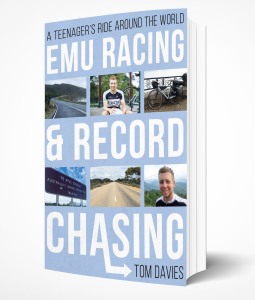